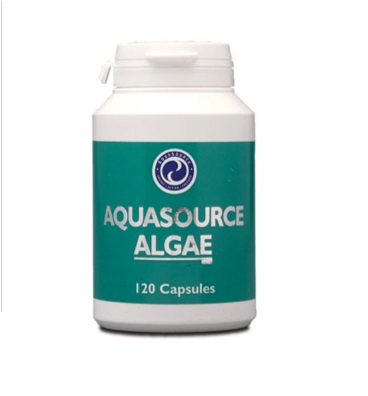 Blue-green AFA is perhaps the #1 superfood on our planet. Known as ‘potion for the brain’, this superfoods continues to astound in its positive effects and benefits to our health and wellbeing. Read the product description below to find out why!

Aquasource’s Klamath AFA blue-green algae is the most beneficial of the “green foods”. It is absorbed perfectly by the human body and is a nourishing natural source of minerals, vitamins, amino acids, enzymes, antioxidants, beta carotene, chlorophyll, and many other essential nutrients.

Even small amounts of AFA added to the everyday menu have a positive effect on our health. People from all over the world include it in their diet daily in order to gain the nutrients common foods do not supply.

The waters of Klamath Lake are supplied by geothermal and volcanic sources. That is why AFA algae contains a rich gamut of minerals – calcium, chrome, cobalt, copper, iron, magnesium, manganese, potassium, boron, phosphorus, sodium, sulphur, titanium, vanadium, zinc, and others. In this respect, AFA outweighs artificially cultivated freshwater algae and even lucerne, which is the best source of minerals in between the higher plants. On the other hand, AFA contains almost no iodine and is safe for the thyroid gland (unlike the seawater algae kelp). The AquaSource AFA is a champion of protein content in quantity, quality and ease of absorption. It contains 60% protein (a few times more than meat, eggs and soy). These blue-green algae proteins are almost a 100% assimilatory and are not a burden the digestive process. They are a natural combination of vitamins, minerals, and other beneficial nutrients, and their amino acid profile is identical to the one in the human body.

AFA grows in small tuffs made up of chains of cells. Cells located between the 8th and 20th place in these chains (called heterocysts) contain glycolipids, which are effective against HIV (according to the National Health Institute of the USA).

AFA is very rich on beta-carotene, from which Vitamin A is formed within our bodies. It is known that the risk of cancer largely decreases in people, whose food contains more beta-carotene. This is due to its high regenerative, antioxidant and immune stimulatory function.

Microalgae Blue-Green AFA by AquaSource is a champion amongst all foods containing vitamin B12 – the most important vitamin for blood formation. In this algae there is almost 20 times more vitamin B12 than any other food! One gram dry algae contains twice the amount of a person’s daily requirement. That is why any regular person eating AFA will know they are not running the risk of developing anemia.

The Klamath blue-green algae are the richest known natural source of iron in an organic form, i.e. very easy to absorb. In this regard they exceed meat many times. They are a lot more useful than any of the synthetically produced iron patents, which could be toxic. AFA affects different deficiency anemia astonishingly fast. It seems the secret is in the combination designed by nature.

The blue-green AFA is incredibly rich on chlorophyll, which is a powerful bio-stimulator with a natural cleansing and regenerative effect. Besides all else, chlorophyll participates in blood formation. It is almost identical to the heme in the hemoglobin of the erythrocytes, (which carries the oxygen), and is thus called “green blood of the planet”. The only difference is that chlorophyll contains magnesium, and heme – iron.

AFA algae is also unusually rich on enzymes, vitamins, co-factors and other biologically active substances, such as different phyco-pigments, natural antioxidants , and others. This gives it strong radio-protective (safe-guarding from radiation) and anti-cancerogenic (protecting us from cancer and its relapses) qualities. Thanks to them, people working in a radio-active environment, those born after the crash in Chernobyl, radiation therapy, etc., can be more protected.

According to Canadian research, the daily intake of 1 gram of Klamath blue-green algae raises the capability of T-lymphocytes (T-cells) to actively migrate towards the tissue by 40%. This means that they destroy cancer cells and microbes better. Humoral immunity is also affected positively – i.e. algae helps our body produce antibodies.

AFA renders favorable effects оn metabolism and the activity of all organs and systems, and is a wonderful tonic and regulator of the so called PNEI-system (Psycho-Neuro-Endocrine-Immune system), combining different closely tied and important functions of the organism. The high vitamin B12 content is not contraindication for the algae intake by cancer patients – their anti-cancerogenic effect has been proven by numerous authors and is owed to the complex effect of all its components.

One of the most interesting and unique aspects of AFA is its highly favorable impact on the nervous system, brain, and psyche. This algae activates neurotransmitter systems, which leads to overcoming depression, enhanced clarity, concentration and endurance of the mind, enhances creative capabilities and the development of the right-brain hemisphere, i.e. artistic and intuitive faculties. Of course, it is much better to have the brain protected, than needing to heal it once it has been damaged. It is bad enough that this organ gets overworked in our busy daily life! Studying, not getting enough sleep, smoking, stress, competitiveness…and sooner or later weakened memory and weakened concentration begin to occur, the brain’s working capacity declines, fatigue, nervousness, bad tempers, etc. Do you know anyone insured from this?

What is the solution? Maybe it is called AFA! Known as potion for the brain, this algae is likened to super-fuel for the nervous system. It is capable of recharging, replenishing and energizing wasted brain cells, so that they begin functioning more fully.

Another aspect of AFA’s activity is the stimulation of the pineal-hypothalamus-pituitary gland complex. Hidden in these brain centres are some of the higher faculties of the human mind such as intuition, telepathy and holistic perception – i.e. the ability to process information in much higher capacity. It is said that taking AFA encourages the development of psychic ability and human evolution!

Every substance we intake leaves its vibrations in our body and soul. It is possible, through certain foods, to have certain parts of the brain and energy centres stimulated. “All” we have to do is discover the right combination!

Blue-green AFA is suitable for people of any age.

Why is AquaSource's AFA Algae product better than the other AFA algae products offered on the market?

An Article: Blue-Green AFA Algae - The First Food On Our Planet And Its Benefits

Be the first to review “Blue-Green AFA Algae” Cancel reply