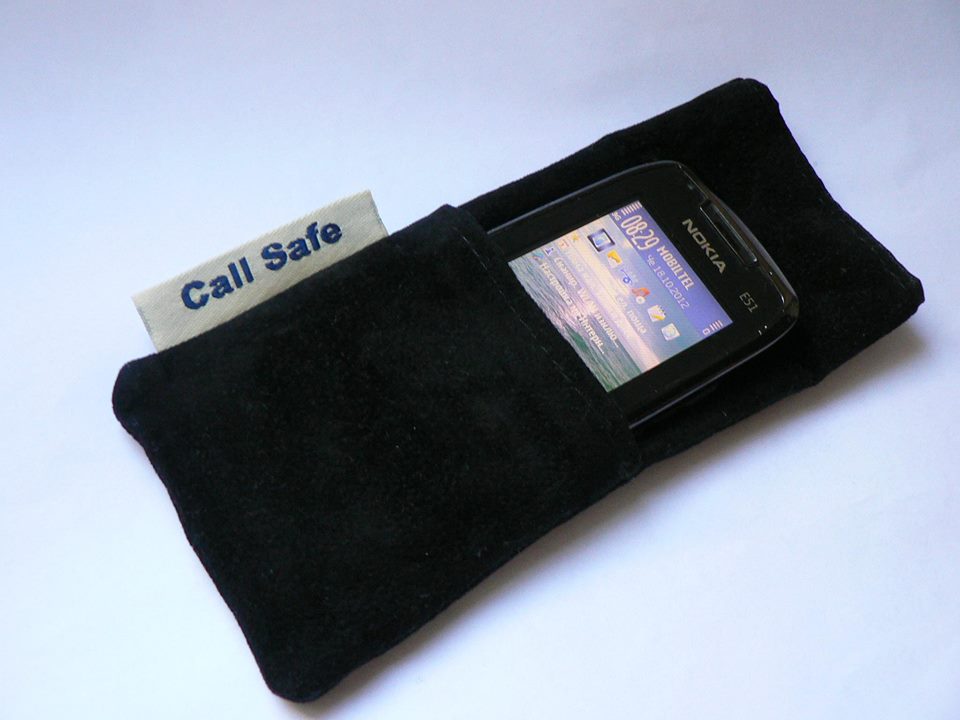 Maintaining our health in the face of cell phone radiation is easy with the help of AquaSource’s Call Safe product.

It is unhealthy to get attached to our cell phones, experts say.

We don’t drive our cars without putting our seatbelts on, do we?

In the same way we shouldn’t use our cell phones without Call Safe.

Putting a seatbelt on does not ensure there will be no accidents, but it surely decreases the likelihood of more serious injuries if one were to occur. The only way to truly avoid an accident is to not get in the car to begin with.

It is very hard and close to impossible for us to stop using our cell phones; for many of us this would seem unimaginable. Our suggestion is to use your cell phones safely by encasing them with Call Safe.

Cell phones emit microwave radiation. This radiation is being emitted not only when we speak, but when they are simply turned on – Call Safe blocks this radiation. Let us forget for a second all the high-tech possibilities of our cell phones. Instead, let’s try and think of them as microwave ovens – without the protection!

Now imagine how you are holding this microwave oven next to your head, heart, or genitalia. You wouldn’t do that, would you. And yet still we do – not daily, but hourly!

Let us use our cell phones safely by using Call Safe.

Call Safe protects from near fields and far fields (fields of electromagnetic radiation) and decreases SAR (Specific Absorption Rate - a measure of the rate at which energy is absorbed by the body when exposed to a radio frequency electromagnetic field) levels by about 96% when using our cell phones. Other similar products on the market do not provide complete coverage of the receiver and both the near fields and far fields. In order to avoid harmful emissions in this regard as much as possible, the following preventive measures are suggested:

1. Shorten the length of your conversations. In this way you will reduce health risk. This is easy to apply – we often talk longer than necessary.

3. Either turn off, or use Call Safe to encase your cell phone while carrying it with you. Call Safe’s protective membrane should separate your phone from your body.

4. Turn your cell phone off at night time.

5. Use Call Safe when you need to conduct calls.

6. Restrict your children’s cell phone usage. When this is impossible, make sure they use Call Safe.

What is the Interphone Research? The Interphone report is a research project valued at 20.5 million euros. The research was conducted for ten years under the supervision of WHO (World Health Organization). The reason for having it conducted was to find out whether there is a connection between cell phone usage and the formation of brain tumors.

Who conducted Interphone? The research work was conducted through the interaction and mutual participation of 13 different nations and was funded by both governments and manufacturers. What was concluded? The research has been criticized for having flaws; research continued for over ten years and people used their cell phones a lot less and the length of their conversations was shorter compared to today.

The main conclusion is that people who use their cell phones for at least 30 minutes a day for the duration of 10 years would be exposed to a higher-risk of brain tumor formation. A worrisome fact is underlined, stating that within a period of 20-30 years, the effects of cell phone usage are difficult to determine. Other conclusions are also unclear and more experiments are necessary, especially with regards to the exposure of cell phones and radiation to children.

Swedish researchers claim that people who start using their cell phones before the age of 20 have times greater probability of developing some kind of a tumor because their skull bones are thinner as their brain is still in the process of development.

Austrian research conducted in the University of Graz indicated that 68% of males carrying a cell phone in their pant pockets have damaged sperm.

Australian scientific observations – professor Khurana, a neurosurgeon in the Australian National University Medical School, asserts that “there is serious and rising evidence for the correlation between cell phone usage and some varieties of brain tumors”.

United Kingdom – the UK Health Department hasn’t changed its instruction in the last 4 years with regards to the issue. They say the following: “Children should avoid ‘unimportant’ conversations and adults should be ‘brief over the phone’.

The first cell phones came about in the 80’s and weren’t accessible by everyone. Within the last 10 years cell phones have become accessible by people from all age groups – from children to elderly. The development of degenerative diseases like cancer, could sometimes take up to 30 years after exposure to cancerogenics like asbestos, however, the time diapason regarding cell phones is still unknown. It is best to avoid risk before repercussions are apparent, by encasing our cell phones and i-phones with Call Safe.