The five benefits of pycnogenol

The Five Benefits of Pycnogenol

Pycnogenol is relatively new because scientists have been researching it for the past 40 years. Nevertheless, this chemical compound has already proved it has its place in our diet. The benefits of Pycnogenol are numerous and scientists are just starting to realize its potential for the human health. But first things first.

In fact, Pycnogenol is a trademark for pine bark extract. The oil extracted from pine bark constitutes of 65-75% procyanidins. The most common type of pine used for the production of pycnogenol is the French maritime pine. The extract has proved anti-infection and anti-cancer effects among others. Dietitians claim a dosage of 40-200 mg per day has the best effects on the human body in the long term. 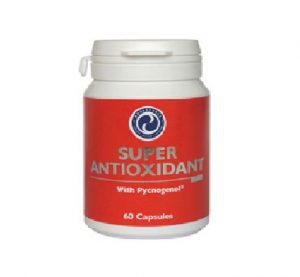 Antioxidant with Pycnogenol. This is perhaps the best complex of powerful and natural antioxidants to be found on the market today

Pine bark extract is good for…

One of the most prominent effects of the pine bark extract is its ability to lower the levels of glucose in the blood. That happens without regulating insulin production. In other words, Pycnogenol has a different mechanism of affecting blood sugar. Studies suggest 100mg per day significantly lower HbA1c as well.

The increased levels of thromboxane and leukotriene are present in Asthma patients. However, when Asthma patients receive pycnogenol as a food supplement the levels of the mentioned molecules are drastically reduced, hence the symptoms of the condition. In children, the intake of the extract resulted in inhaler usage cut in two.

Children suffering from ADHD have five times more adrenaline in their bloodstream than the average humans. Since this hormone is in charge of the fight-or-flight response, its levels do play a crucial role in ADHD. Scientists have found out that 1mg/kg wipes off approximately 25% of the adrenaline in ADHD patients. Simply said, kids show fewer signs of hyperactivity.

When viruses enter our bodies, they start to replicate. Luckily, pycnogenol suppresses this process, meaning even the common cold can catch you much harder. Also, people who intake pine bark extract as a food supplement report for faster wound healing and fewer and smaller scars left.

Pycnogenol itself works as an antioxidant, meaning it is often combined with them in food supplements to enhance their effectiveness. 150mg per day can lower the levels of bad cholesterol while preserving our neurons at the same time. It cannot stop the death of nerve cells it significantly extends their lifespan, thus enhancing our cognitive abilities.